JACINTO MENDEZ: ONE MAN, ONE GUITAR

Jacinto Mendez is a talented and passionate musician from the Dominican Republic.

His technical skills and his professionalism as a musician led him to one of the most successful bands in the DR at an early age. More than 200 performances with local bands and artists eventually brought him and his band “Taboo Tek” success and a place in the Dominican Top Ten.

In 1998 he came to Germany, where he continued his musical career in German and Latin bands. In 2002, Jacinto formed his own band, “Syn Ley,” with whom he played both covers and his own songs.
Shortly after, the band Jimmy Juice became aware of him and hired him as guitarist.
Jimmy Juice is the opening act for one of the most famous comedians, Atze Schroeder.

A long way in a very short time that has led a young talented man from the sunny Dominican Republic all the way here.

Today Jacinto is a well-known figure in the Münster music scene. He plays in the band Jimmy Juice as well as solo, duo or trios with other guitarists, artists and singers. He also works as a dedicated music teacher. Through various influences, Jacinto’s music is more succinct than ever and remains in constant flux and exchange with new musical trends.
He finds this in his own compositions, techniques and constant work on his abilities, as well as new musical horizons: Through a loop station he picks up live guitar rhythms, which serve as a background to his solo guitar combined with other effects such as Background vocals.

Since 2015, his musical radius has constantly expanded. Dominican Republic, Italy, Austria, Belgium, Holland. Through his experience, he has been able to make many European and international contacts that will lead him on and on.
Jacinto is a great musician who, through his Caribbean roots, entertains his audience in 3 different languages: English, Spanish and German.

One phrase that best describes his passion is this:
“Through music, I am always on the lookout for that certain spark that kindles true feelings and deep joy in the human mind.”

(Upon request, technical equipment can be booked: from light to sound for events in small living rooms, to large events.) 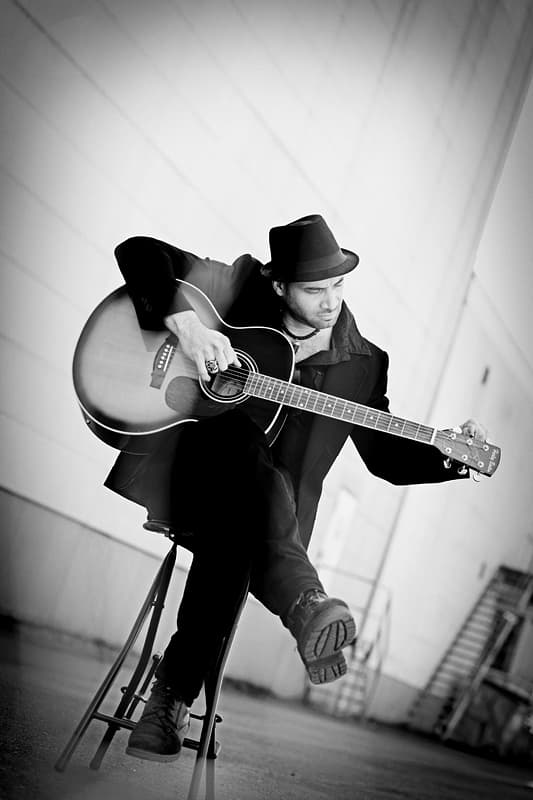